Carl and Katharina Jenner grew up in Tripp, South Dakota in the 1870's and 1880's.  After starting a farm and a family, they moved to Lodi in 1907 and purchased vineyards in 1913.  Their property extended from Alpine Road to East of Locust Tree Road, midway between Harney Lane and Kettleman Lane.  In the late 1940's and early 1950's, they passed the land to their children, Bertha, Hilda, Richard, and Bill.

Bill's son, Harold, started working for Guild Wineries and Distilleries at their Bear Creek crushing plant in 1939.   Bill's other son, Lester, started his bookkeeping career at Sanguinetti Fruit Company in Victor in 1941.  After serving in the European theater during World War II, Harold and Lester returned to their jobs in Lodi and farmed the Jenner properties in their spare time.  Harold transferred to Guild's main plant in Lodi to manage the brandy room then spent most of his career as bottling room manager, being promoted to special projects director in 1972.

In 2011, Jim and Lori took ownership of Jenner Bros.  Jeff and Charlene started Jenner Family Estates.   In 2013, together with cousins Ken and Sandy Levy, Jeff and Charlene harvested one ton of grapes from their Alpine Road vineyard for a custom crush.  This commemorative vintage  celebrates the Jenner family's century of farming in Lodi.  It won a silver medal at the 2017 San Francisco Chronicle Wine Competition.

The Jenner Family - A Century of Winegrape Growers 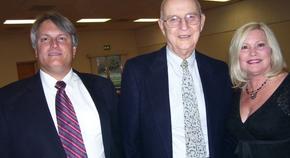 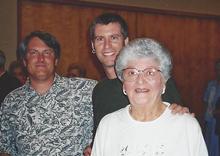 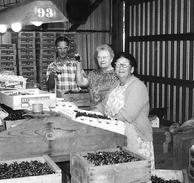 Carl and Katharina Jenner in Lodi, 1941 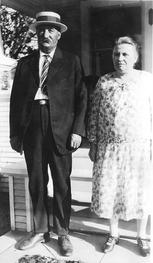